I love gardening. I love waking up and walking outside to my suburban yard each morning and seeing what sprouted up overnight, checking if any tiny tender green leaves cut their way through my sandy South Jersey soil. 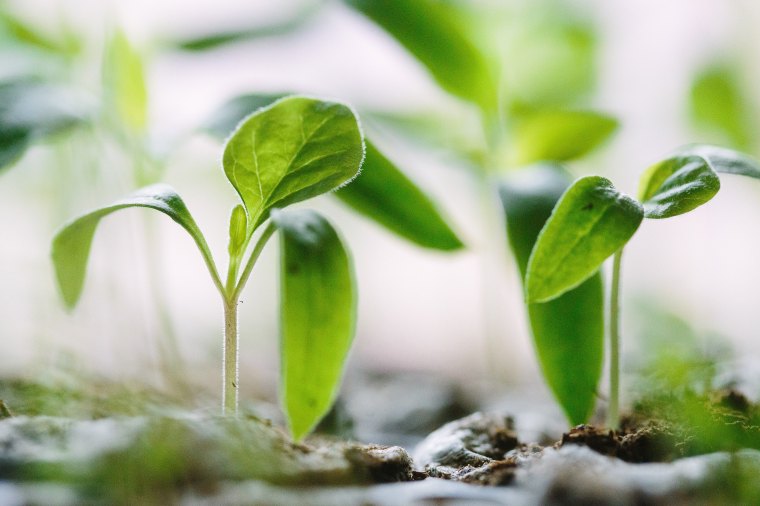 I’m an impatient gardener, though, getting down on my hands and knees several times a day, inspecting the dirt while the morning’s moisture seeps through the knees of my pants.

Recently and at my urging, my husband and I moved a knockout rose bush from our shady front yard to a super-sunny spot in the backyard, knowing it’d bloom tremendously with the sun’s uninterrupted light. In its previous location, it was a woody and awkward thing–bordering on an eyesore–producing only one or two tiny roses each season but never anything more.

It was surviving out front, sure. But was it thriving? No.

Any plant will survive in imperfect conditions, as long as it has the absolute minimum requirements to keep itself going. But if it’s a flowering species, it likely won’t offer blooms, only green leafy stems and foliage but never reaching its true potential.

Like that rose bush, many adoptees simply survive. We move forward using grit and adrenaline, pulling through abuse and racism and second-class status and hurt and loss, and we become functional adults with lives built on, again, survival.

But we’re not thriving.

I think about what happened with that rose bush and what happened to me and plenty of adoptees like me. Taken from uncertain circumstances in mysterious greenhouse incubators, plunked down in an environment offering life’s basics and maybe even a little “more,” yet still unable to reach our full potential. We fail to thrive. Or, using my gardening example, maybe we notice a struggling little patch of grass attempting to set seed, give it water, and walk away, wondering why isn’t it growing?

But this is what’s happening:

That and I didn't "want" for anything materially so why am I not overwhelming grateful.

After we got my dog, after my husband attended therapy with me, and after I slowly discovered that what adoption and racism did to me wasn’t healthy, did I find myself just like the plants outside. Because when I was young, after growing not into the docile Asian daughter promised by the adoption agency, but instead a headstrong girl with her own personality, genetic code, and needs, I was transformed into my family’s ungrateful wench. The miserable bitch who started arguments with my parents and just couldn’t be happy.

My family was full of homecoming queens and prom kings and sports stars. I was anti-social, a bookworm, and hung out with losers (even though I had few friends). I frequently lost friends due to my jealousy and difficulty trusting people. None of this was attributed to adoption or my insecure attachments. Instead, it was my status as my family’s outcast that simply explained it all.

#BeingAdoptedMeans sometimes the idea of you is loved before you are known, but when you begin to show signs of who you are, you become a disappointment.

I was difficult, yes. But like many adoptees (especially transracial ones adopted in the early days), emphasis was placed on my problems being due to lack of gratitude and severe personality defects. None of it was attributed to my environment or stuff like this:

On each subsequent visit with my relatives, my mom and dad urged me to “do the Oriental eyes!”

I took to hiding under the table whenever I’d see my aunt.

“You’re no fun anymore,” my father whispered, ignoring me… pic.twitter.com/ldhAopdsz5

I'm a #transracial #Korean #adoptee adopted into a white NJ town, whose high school hosted "White Power Wednesdays" and whose students went to the Supreme Court for the right to proudly wave the Confederate Flag. My white parents kept me there. That's my pitch. @TedGenoways

I’m not perfect. I absolutely had an attitude problem, but like my rose bush, in the wrong environment–even with the minimal requirements needed to live–an adoptee or wounded child won’t grow into a happy teen and contented adult.  For many years, I blamed myself for being different. I lashed out at anyone white, anyone thin, anyone better than me because there was always something wrong with me. Without understanding or compassion, there’s no way to safely move from survival mode to thriving. So we shift into fight mode, unable to take flight until we’re able to detach ourselves from that environment and rebuild our lives.

I don’t blame my family or my community. By stepping back and observing life’s strange landscapes, I’m able to see that we all had a responsibility to each other and somewhere, something failed us. And maybe that’s why I’ve spent years trying to perfect my plants. Seeing life take shape from my best efforts rewards me by providing a living metaphor for life.

I am so happy to have found support and space to thrive. Learning to trust this environment–one I’m building entirely on my own with a few special folks (and you) along the way–is terrifying. But my hope is that we all tell our stories and are given equal representation in the media and the safety to explore our histories. We aren’t perfect, but we aren’t to be shunned for our depression or rage or challenging behavior. No child deserves to be labeled by their own family, but as my time in my garden illustrates, thriving is possible once you find an environment that allows you to bloom.